I have been wanting to read all of the Newbery winners for quite some time.  I think the first time I contemplated this was in sixth or seventh grade (meaning more than a decade ago).  I have finally decided that I am going to complete this goal.  I am going to focus on the winners (not the honor books) from 1922-2014.  I am also going to do my best to review each of the winners as well.  My next goal upon completion is to keep up with future winners so as to never be behind again.  Want to join me?  I’d love the company! 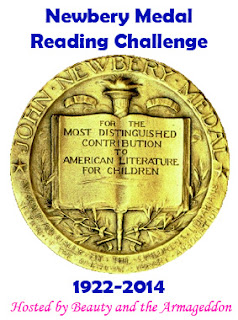