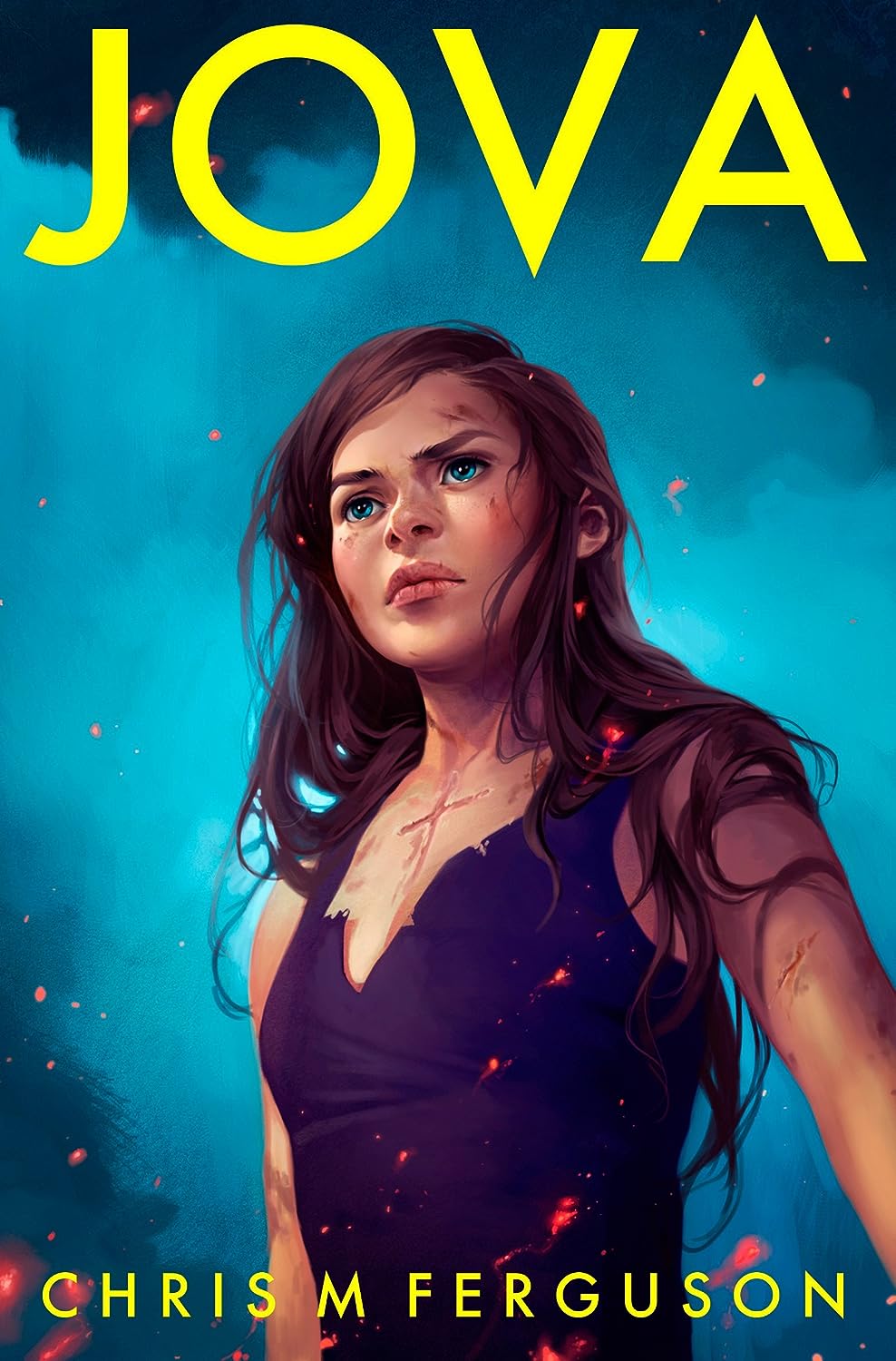 Q: So what is Jova about?
A: Well I first want to thank you, Melanie, for letting me come on to talk about the book.

The story opens on Halloween night and Jova, a sixteen year old girl, is tied to her bed with her mother about to abuse her, just as she’s done many nights before, but this time is different. This time the world ends.

But Jova is saved by her best friend, Kiki, who breaks in and tasers her mother…and with a chance at a new life in a ruined world, Jova turns her high school into a protected fortress against the zombies and the cannibals that surround them.

With help from Lucy, the first girl Jova falls in love with, who acts as a school medic, and Clements, the last boy in school, who helps make bows and spears in the old woodshop class, Jova leads the last of the students to survival, scavenging for food, water, and hope as they’ll need every drop of it if they want to make it out of the school, and hopefully, out of the city.

Q; And what makes Jova different from other zombie and post-apocalyptic books out there?

Most end of the world stories have, I think, a large dose of cynicism about the world and our future, and for good reason. But I’m incredibly optimistic of where we’re heading, despite the actions of a small group of people who take from the planet and never give back, and I wanted something more hopeful and, just maybe, kinda inspiring to readers.

Which is further affirmed by the variety in the cast of girls who come from Mexico, North Korea, South Africa, and Pakistan. Gureisu who comes from North Korea escaped from a life of slavery and is now a master archer and Houda, who fled Pakistan, bears the burns of a suicide bomber attack and faces the end of the world without fear because she’s been through so much and so it’s incredibly compelling to see this kind of story through eyes we’re not really used to reading in most post-apocalyptic tales.

And for anyone who may be sick of zombies, I’m with you, but the infected and cannibals here really are background elements that are in place to apply an extreme amount of pressure on these teens, to ask them, “How much are you willing to take before you give up?” Zombies are just a tool, like toppings on a pizza, they are great when they are in service to the story, to strip everything from a character to find out who they really are. And sometimes it’s not pretty. Unless you’re into cannibalism, then I don’t really want to know what toppings you like on your pizza.

Q: With a book involving such a large female cast, what do you feel makes a great and bad female character?

Have you ever heard anyone say Batman’s a strong male character? Or about Sherlock Holmes or Hamlet? Not really, they’re allowed to be weird, crazy, vengeful, romantic, sweet, hateful — all these things that most women aren’t allowed to be.

There was an article in The NY Times that talked about how a large portion of women on TV were all crazy. They either had bipolar or were taking meds for some mental health issue and while I think it’s good for health awareness, it seems that writers are only creating a fake sense of depth and aren’t letting female characters really flourish.

But I think books have always been great to women and female authors from Mary Shelly and Jane Austen to the wonderful authors we have now. But what makes a great and bad female character, I think, comes down to the same thing: They’re not human enough. And humans have flaws, it’s what makes us who we are. And that’s not a bad thing.

I don’t think we’ve had a female character that rivals Hamlet in depth yet and I’d love to see that soon!

Q: What’s three things you would carry if the world ended?

I’d bring Earl, which isn’t the name of my creepy uncle, but a survival tablet (https://www.meetearl.com/). It was on Kickstarter last year and is coming out this year. I didn’t give money to it, but I’m super excited for it.

It’s a solar-powered tablet with GPS and can forecast the weather. Assuming it works, it’s probably the most valuable tool to have if society went belly up and grandma starts eating her dog for food. You can also upload books and music onto it so, y’know, you can listen to "Gangnam Style" while stealing a can of beans from an old man.

I would also bring a big stick. You can’t go wrong with big sticks. Okay, fine, that might be a terrible idea. A sword. It’s perfect and quiet. I’d be a ninja that would occasionally fall out of trees and land on my sword. But only occasionally!

Wait, that’s only three things, right? Well, make that two swords then. In case I drop one sword down a hole or something dumb like that.

Q: Do you have any fun tips for someone at the end of the world, like what to eat and what to do?

Bugs. As discovered in the book, Jova and the teens must resort to eating bugs and spiders for protein to survive. Just add some ketchup and you’ll be fine!

Try to grow your own fruits and vegetables and use compost to disguise the smell of your poo. Whatever brings us down will surely have an appetite for poop. I’m pretty sure of that.

Q: What other books are you working on?

A: Three stories for Amazon Serials, where a new chapter will be released each week. They’re all really different from Jova and it’s too early to say anything concrete about them in case they change, but I definitely want to keep finding new unexplored roads with female characters.

Q: What are you currently reading?

A: Just finished reading As I Lay Dying for the first time. It’s aged incredibly well. Red Rising is the talk of the YA dystopian world so I’m looking forward to dig into that soon and so far I'm enjoying The Coldest Girl In Coldtown. Ransom Riggs's stuff is my kind of weird and creepy. I also have an ebook of Gotham: A History of New York City to 1898 which is a massive book for crazy people that love to see how cities are built.

Q: Where can people find you on the internet?

A: You can find me chatting to folk on the internet at

Thank you, Melanie!
Posted by Beauty and the Armageddon