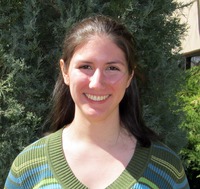 Jessica Lave is a freelance writer with experience writing everything from sales copy to full-length novels. When she isn't writing, she enjoys yoga, going to the movies, and reading crime and horror novels. Her new book is a fantasy mystery novella entitled A 21st Century Fairy Tale, now available on Amazon. Visit her website at www.JessicaLave.com to learn more about her writing style and books.


What is the first thing you remember writing?


In second grade, we read a different version of "The Three Little Pigs and the Big Bad Wolf" using javelinas instead of pigs, and a coyote for the wolf role. I really liked the idea of doing my own version of another story, so I went home and wrote probably four or five of my own little versions, replacing the main characters with different animals. I had just seen the movie Anaconda and so one in particular used anacondas and jaguars as the characters.
The first original story I remember writing was a few years later when I was eleven--it was about a girl and her friend who get transported through time and get to discover all these ancient artifacts and civilizations like the lost city of Atlantis.

What is your inspiration/motivation for writing?
I just love to write. I really can't explain why. I love telling stories and creating conversations and coming up with funny lines or descriptions of things. I would say it's more of a compulsion than anything else. I just have too much going on in my head that some of it needs to be written down!

Tell us about your books.

Realistically Yours is the novel I wrote for NaNoWriMo last year (National Novel Writing Month), and when I finished it, it was the first one I really felt was good enough to keep working on. So I did. I read through it and edited it for several months until I finally published it through CreateSpace in April 2012. It's a modern story, and I think the topics and themes that run throughout the book will really resonate with a modern reader.
A 21st Century Fairy Tale is my first attempt at a fantasy/horror type of story. More often than not, my stories tend to focus around relationships and friendships, and this one does that too, in its own way, but it also has that element of fear and suspense to it. The characters are small-town people and the story follows them as they try to figure out what brand of evil has just arrived in their little town, and how a bunch of ordinary Joes can possibly fight that evil. I really tried to bring technology into the story because that's something that hasn't played as big a role in previous monster/fantasy stories--how a modern group of people can use technology to their advantage against a force that was around long before anyone even conceived of such technology.

If you could meet any author, you would it be?
I actually got the chance to meet one of my favorite authors, Elmore Leonard, earlier this year. He came to a bookstore to do a signing for his new book, Raylan, and I got the chance to listen to him speak and get a book signed.

Beyond that, I'm still hoping Stephen King will come out this way. That would be a really great experience.

What are you currently reading?
Currently, I'm working my way through a few books. I just finished The Green Mile and The 50 Megaton Tweet, and I'm reading Through the Looking Glass, a Henry James compilation of short stories, 1984, Nixonland--which I have unfortunately managed to misplace--and a few others that I started reading a while back and haven't finished. I've put the Elmore Leonard and Stephen King on hold temporary because I read them too quickly, but I'm hoping to get back to them by the end of the year after I catch up on these other ones.

Find out more about Jessica's books!