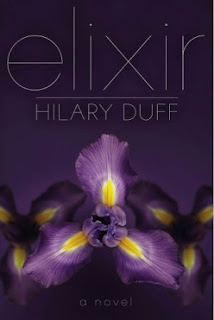 I was surprised by how much I enjoyed this book.  I picked it up at a Borders closing sale, thinking something along the lines of “well, it’s paperback, and on sale” and (admittedly), I spent much of my tween years watching Hilary Duff movies and listening to her music so I figured I would give it a shot.  I assumed it would be a quick read that would end with the book being placed on bookshelf, never to be perused again.  Instead I found it difficult to put down and finished it only a few days.  I was instantly caught up in Clea’s story and was intrigued as she discovered shadowy images of a man in the photos she took while on vacation with her best friend Rayna.
Though it is not the main focus, I loved that Clea is a photographer.  I especially enjoyed that despite her high socialite status, she was not just handed the job, but instead had to submit under a fake name to even be considered for publication (this is really a minor part of the story, but I felt that it gave Clea quite a bit of character development.  It told me that even though she was a celebrity, she was willing to work for what she wanted).  On the other hand, I found it strange that the daughter of a surgeon and a politician would gain so much media attention.
This aside, I enjoyed the book.  Clea’s dreams captivated me.  I turned page after page wanting to find out

Overall, I was extremely pleased with this book and may be less likely to harshly judge young actors/actresses who publish a novel (at least until after I’ve read said novel).  I am now one of the many anxiously waiting for a sequel.  I hate when books end on a cliffhanger (this one does) because I am left with an earnest need to find out what happens to the characters (which I know is the point).  Because of this, there is a good chance that I will be picking up Duff and Allen's Devoted soon after it comes out.
Check out the Elixir book trailer from Simon and Schuster!
On a separate note, I am in the process of moving and will be without at-home internet connection for a bit.  However, without the distractions that come from facebook, twitter, youtube, and the like, I will hopefully get tons of reading and reviewing done.
Happy Reading!
-Melly
Posted by Beauty and the Armageddon