Author Interview with Bo Wu, author of "Mermaids Are Real"

Benji Fisher has spent the first twelve years of his life growing up in a small fishing town Topside. He’s gotten used to the gang of dolphins who follow him on his surfboard and the voices he hears under the water; odd things that have, in their repetition, become part of normal everyday life.

However, none of that prepares him for the recruitment speech he gets from an octopus named Octavius and three of the dolphins the night before his thirteenth birthday. What would you do if your ‘calling’ in life required you to take a leap/dive of faith? Would you take the plunge? 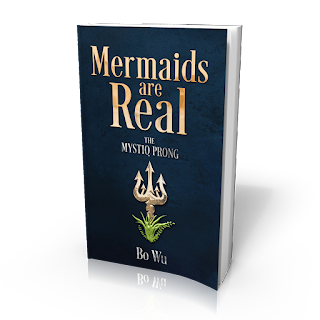 What inspired Mermaids Are Real?


I’ve always been a water boy. I grew up on a river in eastern N.C., and we lived forty-five minutes from the ocean. My dad had a boat when we were growing up, and I spent a fair amount of time each summer skiing, wakeboarding, and mucking around in the water.


I also taught scuba diving for a spell in my thirties. I love the ocean and all the creatures in it. My first real appreciation for life under the water came when I was twelve and I got my first fish tank. I loved watching the fish, but also the smaller creatures that just seemed to pop up out of nowhere on the coral and rock in the tank.


I was meditating in January of 2015 and the final fight scene popped in my head. Each time I meditated after that, more and more of the book would materialize. Within a month I had the first third of the book done. I was in a transition period of my life. I was testing out things in all other areas, but I knew this was something I had to do, so I made choices that would help facilitate me getting this book completed. It took a while, but I can honestly say this is my life’s work. I know without a doubt I am finally on the path I should be and this book represents the beginning.


What character in Mermaid Are Real are you least likely to get along with?


Benji has a bully in school, Charley Goodstone, when he’s still Topside. I’d definitely have issues with that dude. He’s sloppy, lazy, and mean. There are reasons why people are like that, but that’s still no excuse. We could all have a reason to be a jerk if we wanted to. 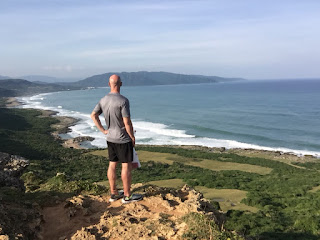 Does writing energize or exhaust you?


That’s an interesting question. I’ve thought about that before but never verbalized it. I think the act of preparing to write the next scene energizes me. The actual work of pouring it out on paper takes its toll. I wouldn’t say exhausts. I’m very detailed and I think that wears me out of a session quickly.


What was your favorite childhood book?


The Chronicles of Narnia.

Where can we find you online?


I can be reached at bowu@mermaidsarereal.co


Other than that, I don’t use social media much. I don’t even own a smartphone. The phone I do have, I never use.


What are you writing next?


Benji’s not finished, by any means.


What are you currently reading?


I’m rereading The Music Lesson: A Spiritual Search for Growth Through Music by Victor Wooten. I highly recommend it, even if you’re not a music person. There are a few parts that were over my head when he was explaining notes and such, but it didn’t affect the overall message at all. I play around with the harmonica a bit, but would definitely not consider myself a musician by any means. It has one of the best endings to any book I’ve ever read. Totally swept me off my feet.
Posted by Beauty and the Armageddon