"Happy Birthday to You" by Brian Rowe 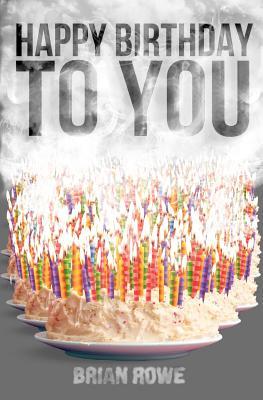 I've been wanting to read Happy Birthday to You  for quite some now. While I liked that it got right back on track from were Happy Birthday to Me Again left off, I didn't feel it was quite as strong as the first two books. Cameron and Liesel are now facing the ultimate challenge- everyone in the world is aging one year every day. People are dying as they quickly accelerate through what should be the last years of their lives. The only two people who have any idea what is going on are Cameron and Liesel and it's a race against time and all odds to try and save the world.

The chapters in this book alternate from Cameron's point of view and other characters (usually someone that has some sort of connection to Cameron). Because of this, we as the reader have an idea what is happening around the globe, while Cameron only knows what is happening in his immediate vicinity. I thought this was a good technique to build up anxiety for the reader and make it even more important for things to get resolved. Unfortunately, I felt that a lot of things in the plot happened simply to move the plot from point A to point B out of convenience and thought that more care could have gone into crafting the story. Despite this, I really liked the ending and thought that Brian Rowe made the correct choice in how he concluded this trilogy. The final chapter was the strongest part of the book and while I am sure that deciding to end the book this way took some courage, I would have actually been disappointed if it had ended any other way.

Readers of the first two books certainly need to read this one (the second book does end in such a way that you won't want to miss finding out what happens next) and I must say that Rowe is one of the best self-published authors I have read since beginning this blog.