"All We Every Wanted" by Emily Giffin

Nina Browning is living the good life after marrying into Nashville’s elite. More recently, her husband made a fortune selling his tech business, and their adored son has been accepted to Princeton.

Yet sometimes the middle-class small-town girl in Nina wonders if she’s strayed from the person she once was.

Tom Volpe is a single dad working multiple jobs while struggling to raise his headstrong daughter, Lyla. His road has been lonely, long, and hard, but he finally starts to relax after Lyla earns a scholarship to Windsor Academy, Nashville’s most prestigious private school.

Amid so much wealth and privilege, Lyla doesn’t always fit in—and her overprotective father doesn’t help—but in most ways, she’s a typical teenaged girl, happy and thriving.

Then, one photograph, snapped in a drunken moment at a party, changes everything. As the image spreads like wildfire, the Windsor community is instantly polarized, buzzing with controversy and assigning blame.

At the heart of the lies and scandal, Tom, Nina, and Lyla are forced together—all questioning their closest relationships, asking themselves who they really are, and searching for the courage to live a life of true meaning. 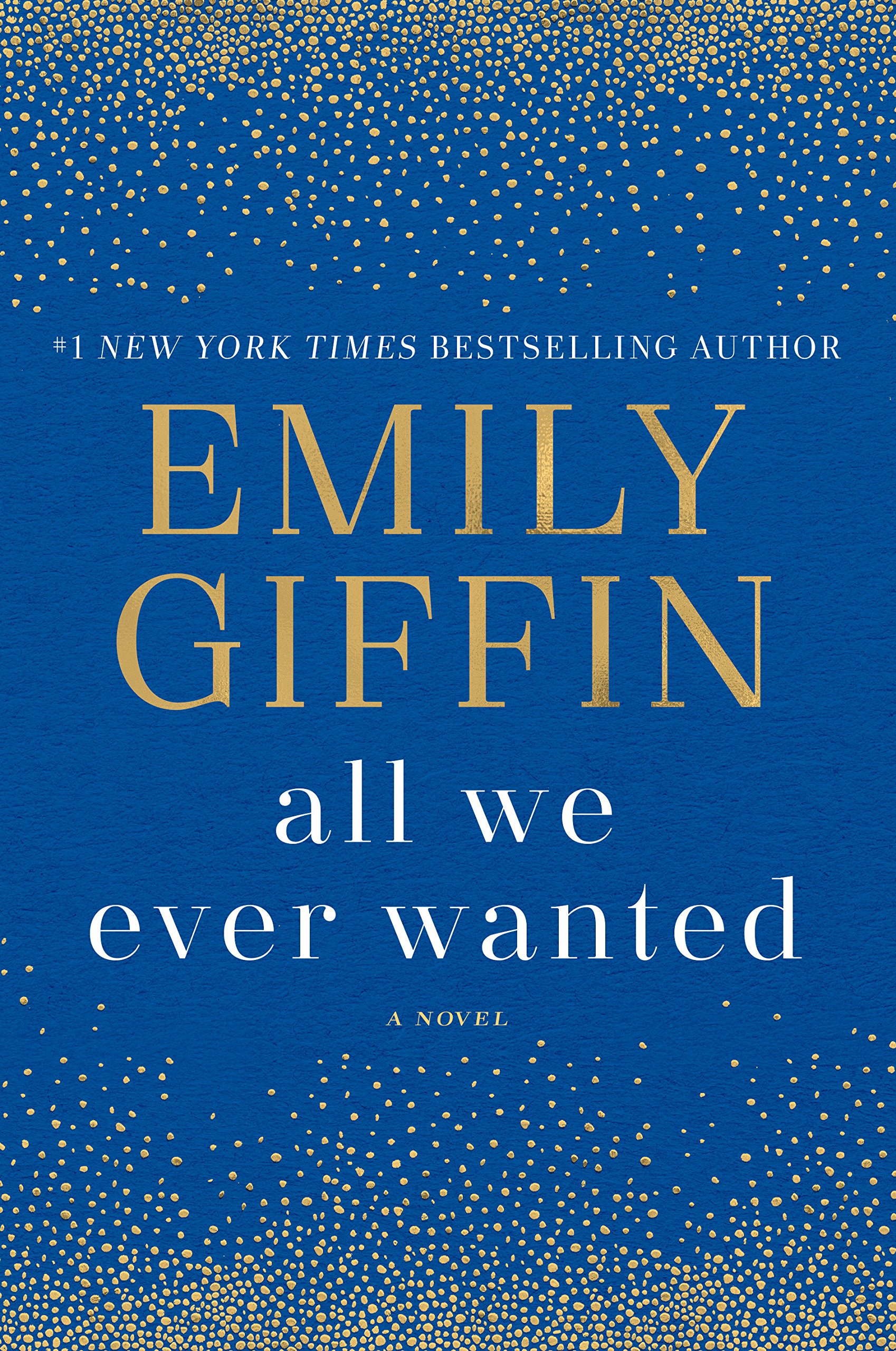 I seem to be very hit or miss with Emily Giffin's books. Some I absolutely adore and some are just okay. All We Ever Wanted managed to be both, but it certainly wasn't all that I ever wanted. The book focuses on Nina and Tom. Nina is a small town girl who as made it big (via her husband). She and her family have the enormous house, a staff to keep said house and her son attends a very prominent (and expensive) school. Tom, has had it rough, but does his best to provide for his daughter Lyla. Everything changes when Nina's son shares a very NSFW photo of Tom's daughter. While this event is what gets the ball rolling for the plot, the story focuses more on various relationships of the characters- friends and family, good and bad.

First, what I loved. It it so nice to read a book that had romantic elements, but romance isn't the main focus. I don't have a problem with romances, but I often prefer books that deal with other types of relationships and I really dislike when a romance is pushed into the story 'just because'. The various relationships in this book felt very real. I am also glad that this book dealt with a topic that is extremely relevant. It's amazing just how quickly a text or a picture can take off'and how many lives it can alter. I thought that Giffin addressed this well from both the parental and teen perspective. Lyla is put in a situation that no one what's to be in, but I had a lot of respect for how she, her father, and Nina handled the situation. I thought that they were all very mature in how they dealt with the events and I liked that the novel wasn't just filled with hate and judgement.

Now the bad. This book was very compelling and very much a page turner. However, it suffered in some of it's development and it's ending. I don't want to spoil, but I felt that there wasn't enough build-up between Nina and her husband, Kirk. Thanks to other portrayals in books and movies and certain stereotypes, I knew what to expect from Kirk and from their relationship. However, I still wanted to see it play out in Giffin's writing and not just because I expected the plot to go a certain way. As for the ending, I felt that there was a lot of build-up to a conclusion that never happened. Again, I would have rather seen what happened to the characters and not just read about it in the epilogue. Of course, the final results of what would happen to the characters post scandalous text messages isn't really the main focus of the novel, I still wanted it. All in all, this book felt shorter than it was presented.

I'm fairly certain that if you enjoy Emily Giffin's books, you will like this one. I know I have heard from multiple people that this is her best novel yet. While I don't agree (I'm still a fan of Something Borrowed and Something Blue as far as favorites go), I don't regret reading this book. It won't make it into my re-read pile, but it was just good enough that I am glad I read it.
Happy Reading!
-Melly
Posted by Beauty and the Armageddon

Email ThisBlogThis!Share to TwitterShare to FacebookShare to Pinterest
Labels: All We Ever Wanted, Emily Giffin, family, relationship, Texting