Top Ten Books You'd Like To See Made Into A Movie

I can be kind of picky about book to movie adaptations.  There are several movies that I really enjoy- if I pretend that it is not based on a book that I love.  The movie is great, but it isn’t really an adaptation of the book. In my mind, they just coincidently share the same title (The Princess Diaries fits this description for me).  Then there are movies that I feel convey the book just about perfectly (Holes for instance).  When I begin a movie based on a book, I expect to see the majority of the same characters and situations, though I realize that some adjustments will be made.  I want to the movie to have the same tone and feel as the book and I especially want the same ending (Avalon High was a real disappointment for that reason.  So here’s my list and a brief reason why I’d like to see those books made into a movie.

1. Crank by Ellen Hopkins- but only if the movie makes could do it justice.  All of Hopkins’ books are absolute masterpieces and I want that to translate to the screen.  Otherwise, please don’t even bother.

2. After by Amy Efaw- I hate to say it, but this would probably do better as a Lifetime movie than a big screen film.  However, I felt that this story was incredibly impactful and could do well as a film.

3. Thirteen Reasons Why by Jay Asher- This could be very interesting as a movie.  It would include a lot of voiceovers but it could be done.  My only concern is that it would likely be similar to The Lovely Bones.  However, I admit to not being a film maker and sometime have a hard time thinking outside of the box.

4. Hollowland by Amanda Hocking- Yes, I am a Hocking fangirl.  But come on, who wouldn’t want to see Remy kicking zombie butt on the big screen?

5. Raven by Suzy Turner- I am not a huge fan of the fantasy but I think this could be conveyed in a really interesting way. 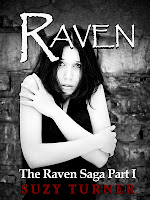 6. Sweep by Cate Tiernan- Actually, I think this would be better as some sort of mini-series.  I would want to see the majority of the series conveyed, not just a book or two.  The books get so intense and amazing towards the end of the series, I just don’t think a single movie would be enough.

7. The Giver by Lois Lowry- How had this not been made into a movie yet?  I absolutely love this book and would love to see it adapted for the big screen!

8. Fablehaven by Brandon Mull- Again, the a huge fan of fantasy but I think this could be a great movie for kids!

9. Sticky Fingers by Niki Burnham- Okay, so I break my rule with this one.  I went into this book expecting one thing and my expectations were not met.  If I were to do this book as a movie, I wouldn’t really change the content of the book, but would make some changes to the pacing of the story.  I think it could be a very inspirational movie for teenage girls.

10. Luna by Julie Anne Peters- This book deals with a topic that hasn’t had a lot of focus in the movie industry.  I think it would be interesting to see how many of Peters’ books could be interpreted as movies.

Email ThisBlogThis!Share to TwitterShare to FacebookShare to Pinterest
Labels: Amanda Hocking, Crank, Fablehaven, Luna, The Broke and the Bookish, Thirteen Reasons, Top Ten Books You'd Like To See Made Into A Movie, Top Ten Tuesday