I have been very fortunate to find local theater. While I am by no means an actress, I have fallen in love with working behind the scenes. My first experience with Theater Ensemble Arts was stage managing a production of An Evening of Culture. It was followed a few years later with stage managing (and last minute acting in) Drinking Habits. When the group put on Drinking Habits 2, I reprised my role as Mother Superior. This solidified knowing that I do not enjoy the acting process. But I have since stage managed another production and currently directing my first play. I thoroughly enjoy all of the extra work that needs to be done to put on a production. I have helped with sets, props, and done some light and sound execution. It's amazing to see all the moving parts and just how much time and effort it takes to put on a show. It's so gratifying to be a part of the process.

While I have been excited for every show I have been a part of, I am even more excited for this season. I am directing the first show, a comedy called Four Weddings and an Elvis. The script is hilarious and the cast has been nothing short of fantastic. The second show Sherlock Holmes and the Sinister Trio is also phenomenal (I say this with some bias, because my boyfriend wrote it. How cool is that? My boyfriend wrote a play and it is going to be performed!?). We will finish off the season with A Midsummer Night's Dream which will be performed at an outdoor theater. Overall, it is going to be an amazing season.

The  members of the board have been hard at work fundraising, so I am throwing the information out there in case any of my wonderful followers are in position to help us out. Below is the information about being a sponsor and we also take donations. And if you are in the area, come check out the shows (season tickets can be purchased online. Thanks everyone! 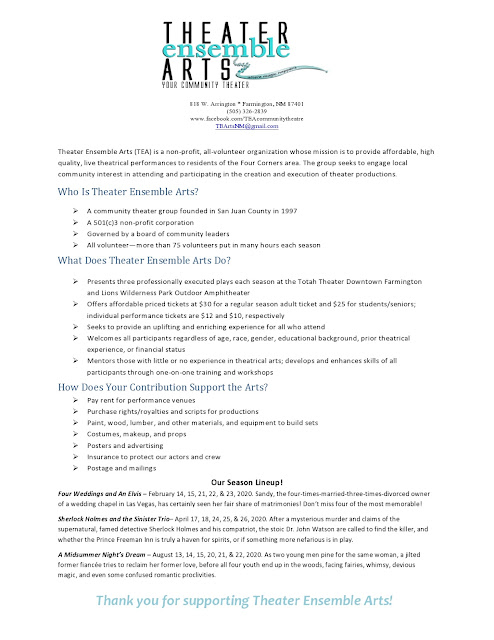 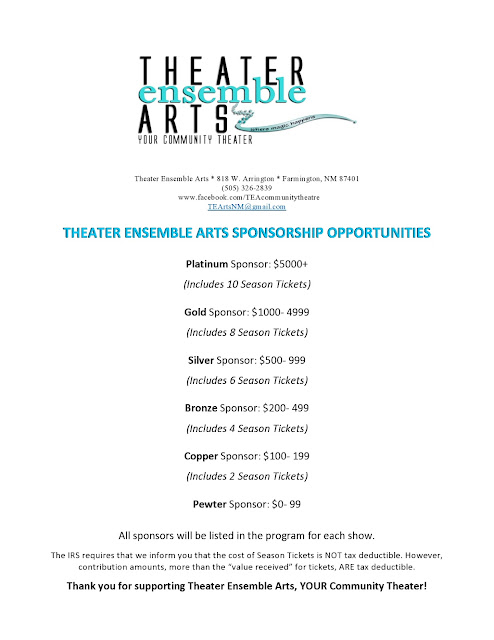 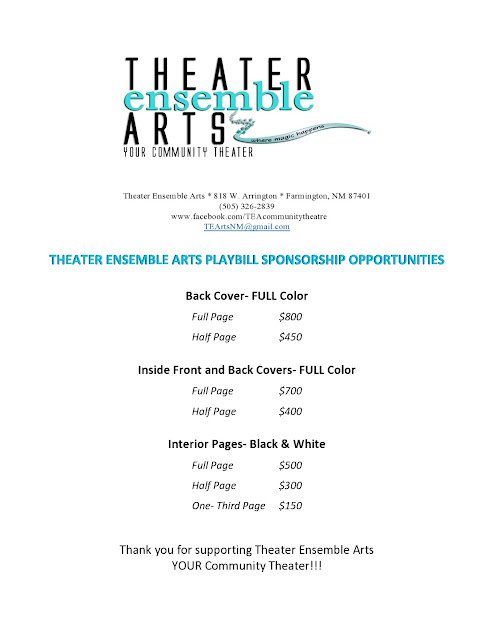 Support Local Theater!
-Melly
Posted by Beauty and the Armageddon