Promo Blitz: "Where the Maple Leaf Falls" by T.M. Sweetbriar

What the heart feels is often complex and difficult to understand. As we live and grow, we learn that sometimes the best decisions are the hardest to make. This is Nella’s story of strength and courage, as she becomes a young woman who learns that life’s turns are unexpected. Through family challenges, and a twisted romance, Nella’s spirit must remain strong for herself and for those she loves. But her feelings towards the mysterious new man in Maplewood are not making things easy for her. The more Nella falls for Jake, the more confused she becomes about her own life. Nella has always been everyone’s rock. But if she crumbles, she may break the binding she provides to her family, and let her own dreams slip away. 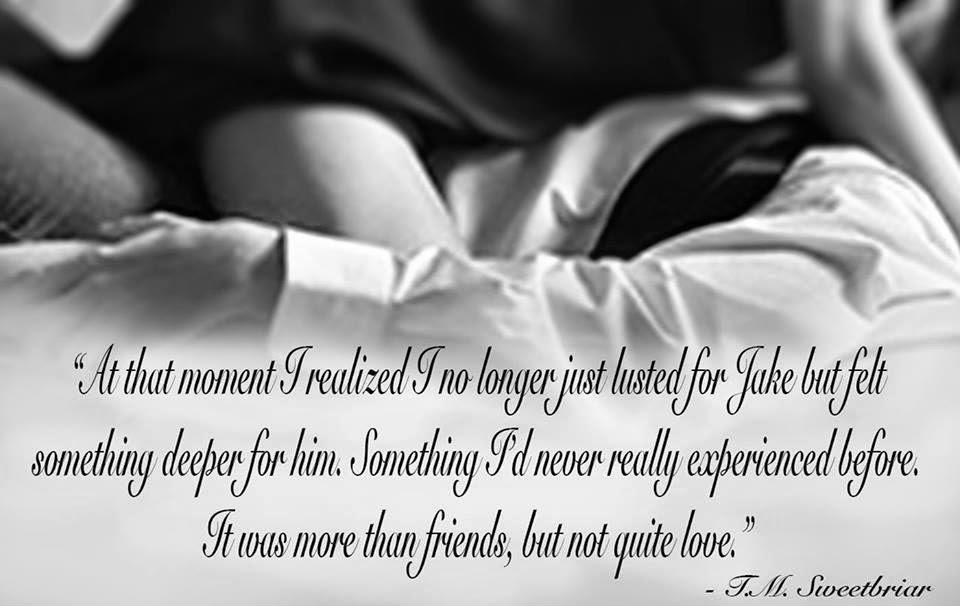 A powerful stream of hot water hit the top of my head and separated down all sides of my body. Dark water swirled down the drain as dirt and dust was rinsed from my legs and feet. Falling off of me, and washing away down a deep dark hole.

I pushed wet hair back out of my face and took a deep breath, finally creating movement with my body. I was not sure how long I’d stood in Jake’s shower, staring straight ahead, feeling too separated from myself to move.

Come to think of it, I wasn’t even sure I could recall all details of the time between Jake finding me on the side of the road, and me ending up in his tiny apartment shower. Whose faded green walls were covered in golden-brown rust stains, but I did not mind.

Exhaustion and dehydration made me shake. Or was it the stress? My sight seemed to come in and out of focus, and I leaned forward against the wall in front of me for support. My forearms up against the gritty plastic surface, and my head resting between them. I looked down at my feet and cried softly.

Jake’s deep voice outside the door startled me, as if I had forgotten where I was for a minute, “Are you okay in there?” He sounded like he cared. He did care.

“Can I come in?” he asked quietly.

I pushed back the shower curtain, completely exposed to Jake when he opened the bathroom door. He stood there for a minute, the two of us looking at one another. Me, naked and withering under a consistent rain. My lip quivered, and I looked down again. Jake walked towards me and took me into his arms. He, fully clothed, now sopping wet. And me, now half in the shower and half out, melting into his body. Not crying any more, just weak and empty. My body and myself, in two different places. Myself, an outsider now looking in at the scene that was my own.

“I’m sorry, Nel,” Jake whispered as he picked the wet hair off of my face. I sunk into him further. He held nearly all of my weight as my legs felt numb. Jake stepped into the shower with me, all of what he was wearing was now completely wet. My arms moved from around his neck down the sides of his body, and our hands met. I stood on my own and looked up at him. He smiled just a little, but it helped me. I leaned in to kiss him, and reached to the ends of his shirt to pull it off.

The pain in my heart had numbed me, but the passion the two of us shared brought some life back into my body. However, my mind was not completely present. I went through the motion of running my fingers over the ripples in Jake’s muscles. I felt his warmth as he pressed his body against mine, then the warmth of his tongue as he ventured downward from my neck.

I leaned against the shower wall, the water still pouring down over the two of us. Jake owned my body and became more aggressive with every sigh he forced out of me. Was this love, or was it just a sense of feeling? I did not know. I did not care. But now I understood what it all was for Jake, when sex with me meant fixing whatever consumed his mind. It had become a routine for us, a temporary form of healing. And now the roles were reversed.

Jake found pleasure in focusing on me. He was saving me right then. He was taking me to a better place, and I loved him for that. I assured him I was okay through my breathing, through the comforted sighs he knew I was there. Jake was incredible, more than he had ever been before. Maybe this feeling was perceived happiness, maybe it would be different tomorrow. But in that moment nothing else mattered. Jake had saved me from my own self, and under the warm rain I fell in love with him once more.

T. M. Sweetbriar was born and raised in central IL, and lived there until joining the U.S. Navy in 2013. Sweetbriar still serves in the military, and is a strong supporter of veterans and charities that support veterans. Where the Maple Leaf Falls was influenced by real people, in hopes to bring an understanding of what goes on inside the minds of those who’ve experienced tragedy. It is Sweetbriar’s first book, but certainly not the last!

Book #2 is in the works. (started a few weeks ago)! No cover/title yet, but this book tells Jake’s story. The two books can be read in any order, and will give readers a different perspective of each character. Jake’s story is being written with the help of a few combat veterans, in order to keep it very realistic.

MoB Promos
magicofbookspromo@gmail.com
Posted by Beauty and the Armageddon