Interview with Meredith Zeitlin, Author of "Sophomore Year is Greek to Me" 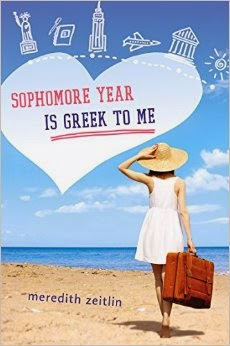 Sophomore Year is Greek to Me releases this month!

What inspired Sophomore Year? I had a friend who mentioned that when she was a kid she used to live in Greece with her extended family for months at a time, during the school year. I thought that was such an interesting idea, to be IN school but not at YOUR school. Since the friend was Greek, I figured I’d make my my character Greek, too - especially because, with all the recent economic issues in that Greece in the last few years, there would be plenty for my character to discover and explore on her journey. I also wanted to continue writing the world I created for my first book (Freshman Year and Other Unnatural Disasters) but through the eyes of a new main character.

If you had to choose, which writer would you consider a mentor?
I think of a mentor as someone you actually know who gives you advice, and I don't know anyone like that. But there are many, many writers that I admire. If I had to choose one, it would have to be Audrey Niffenegger. I think that The TIme-Traveler's Wife is the most beautifully, perfectly crafted novel I've ever read.
Oh - and JK Rowling. Because who has an imagination like that!?!? 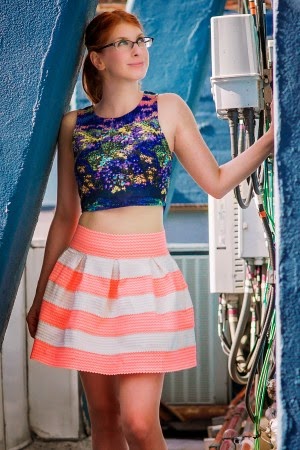 Is there anything you find particularly challenging in your writing?
Actually doing it! I am the world's worst procrastinator, and I have to force myself sit down to write... I'm not successful that often. Once I get into a groove I can get a lot done, but there are just so many distractions everywhere. Not a very good example for other writers, I know!

While you were writing, do you ever feel as if you were one of the characters?
Absolutely! To research the book I went to Greece and traveled for three weeks - meeting people, exploring, visiting all kinds of places, taking notes... so Zona's journey reflects the experiences I had while I was there. It was so fun recreating my adventures to fit in with her storyline and the characters in her world.

I'm usually reading a few books at a time. Yesterday I finished "Beautiful Garbage" by Jill Di Donato, which is a dark story set in the NYC art world of the 80s. Now I'm reading "Girl on a Train" by Paula Hawkins. Everyone keeps mentioning how great it is, so I finally gave in and bought a copy. Only about 40 pages in, but totally intrigued. And I've been reading "Pigeon in a Crosswalk" by Jack Gray before bed - it's a hilarious series of essays about his experiences moving to New York and working for Anderson Cooper. I'd recommend all three!